Sophie Grows Up (a bit)

In mid-September, Sophie graduated from kindergarten, or rather “puppy behaviorial enrichment” as it’s called now. She even performed the requisite graduation “trick”, in her case a “roll over” with daddy. We also had a nice visit with Myra and Reivan, which gave the grandparents a chance to dote a bit on the new member of the family. I also posted a cute video of Sophie doing her nightly face-wash of Maxine, right before bedtime.

Caryl Crouse the breeder visited on a nice mid-November Saturday, along with Sophie’s brother Bentley (nee Dogwood) and his human mommy, Marybeth. It was pretty amazing to see how similar Sophie is to her sibling, even to the point that Maxine picked up Bentley at one point thinking it was Sophie! Siblings play rough and it was quite the exhausting play-date for both puppies and humans. The secondary goal was for Caryl to start to working with the dogs, getting them used to walking and stacking for the judges, allowing their paws and teeth to be handled, etc. Within the week, Caryl will start driving in from Attleborough to work with both dogs regularly in local breed handling classes. The current plan is for Sophie and Bentley to probably debut in February at the Governor’s Footguard show in Hartford. 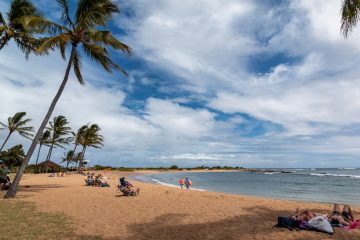 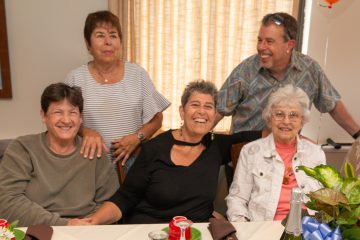 Deb and Mary were visiting from Hawaii in June, which provided a beautiful opportunity to throw an 82nd birthday party for Myra at Atria Stamford. Click on the photo above to see a few photos Read more… 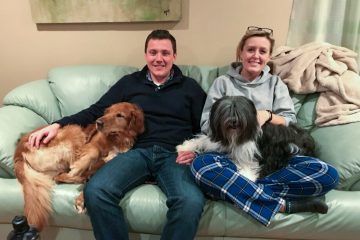 While Max and I were in Boston with Deb and Mary for the URJ Biennial, Sophie was enjoying a sleepover with her best friend Molly. Robbie and Sonya were in for the holidays, so it Read more…